The Pacific Cup is a biennial event. There were about 64 participants this time which was a course covering 2070 nautical miles. It spanned a course to Hawaii from San Francisco. The fleet started from San Francisco and was staggered into four starts from July 11th to 15th. About 59 of the total 64 teams are underway. The race offices took in reports of the boats that were halfway to reach Hawaii. 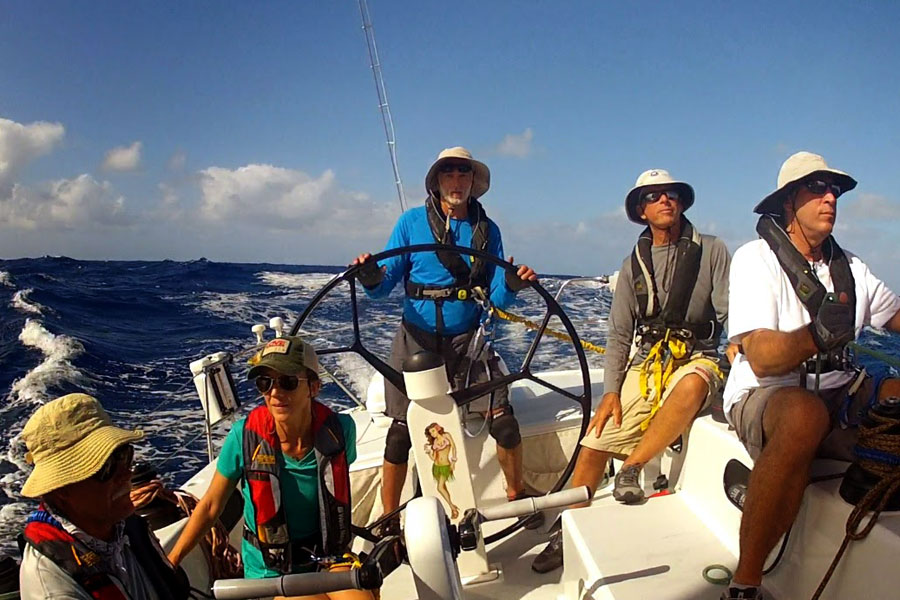 Many of the racers reached the halfway point overnight but there is not much to celebrate about as yet as there has been a big breeze that has helped them maintain top speeds. The weather forecast is however strong and the fleet is expected to reach with wind speeds staying in the teens or mid-twenties.

There were initially concerns about tropical storms that are usually present at this time near the Hawaiian region. The Cecilia wind would be moving to the north and the hurricanes that were forecasted have weakened. The racers who would be nearing Hawaii need to be prepared to face squalls and big dogs that would be challenging for the small boats. The racers need to gyb along local shifts and focus on VMG. The morning reports on www.plainsailing.com showcase the Moore 24 Mas as retaining the lead.

Indeed, this boat has overall impressive ratings and standings in Pacific Cup records. Sailing for ALS is on the lead for corrected time while California Condor seems to be the first boat that is set to finish. However, it is still half the race concluded and boats that are lighter like Wolfpack might be able to cover up the gap soon. Again, there are maxi boats of the BMW range that might be able to overcome the full fleet entirely by the end of the race.